Appearance on the BBC’s Newsnight Program 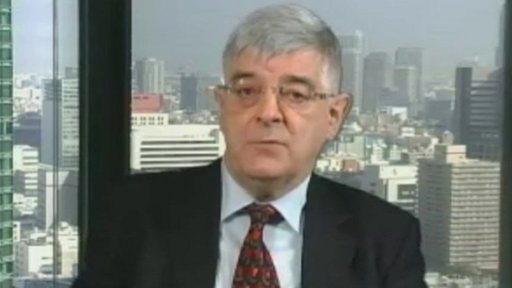 The BBC  has followed up my recent article in the New  York Times.

Last Thursday Gillian Tett, a top editor at the Financial Times, joined me for a discussion of  the Japanese economy with Emily Maitlis on the BBC’s Newsnight program. You can watch it here. The topic was an article I published last week in the New York Times Sunday Review. I am happy to say that though she and I have not always agreed in the past (she is an author on Japan who formerly served as the FT’s Tokyo bureau chief ), she was generally supportive of my argument this time.

Our conversation was preceded by a useful report from Tokyo by the BBC’s correspondent Roland Buerk, in which he echoed several  points I made in my article. You can see his report here.

All this said, it is necessary to offer some counter-evidence on one “basket-case Japan” theme that both Gillian and Roland seem to have bought into: the idea that Japan’s government debt is out of control. This story has been put forward in various guises since the 1980s (I know — I have lived in Tokyo since 1985) and it serves various purposes quite at odds with the truth. For a start the Tokyo Finance Ministry (MOF) likes to portray the fiscal situation in disastrous terms as a counter to domestic lobbies pleading for budgetary handouts.  In truth Japanese fiscal numbers, as officially stated, are full of contradictions. For a start there is the fact — never mentioned in the “basket case” reports — that the Japanese government can raise 10-year money on an interest rate as low as 1.0 percent. That is just a fraction more than the 0.8 percent the government of Switzerland pays and compares with nearly 2 percent for the United States, more more than 3 percent for France, more than 7 percent for Italy, and nearly 35 percent for Greece.  Clearly a lot of investors do not think the Japanese government is going bust.

Japan’s government finances are so strong indeed that the MOF has long quietly acted as the ultimate lender of last resort to the world financial system: this point was made explicit at the height of the world financial crisis in early 2009, when the MOF advanced $100 billion to prop up the International Monetary Fund. And this is only a small part of the total effort by the MOF to borrow from Japanese savers to finance the West. The MOF also is  a huge buyer of  U.S., U.K., French, Italian, and Indian government bonds and thus Japanese government debt makes possible huge fiscal deficits in these other nations. It is not an exaggeration to say that without constant infusions of  Japanese money, these other nations would quite literally be as beleagured financially as Greece and Portugal.